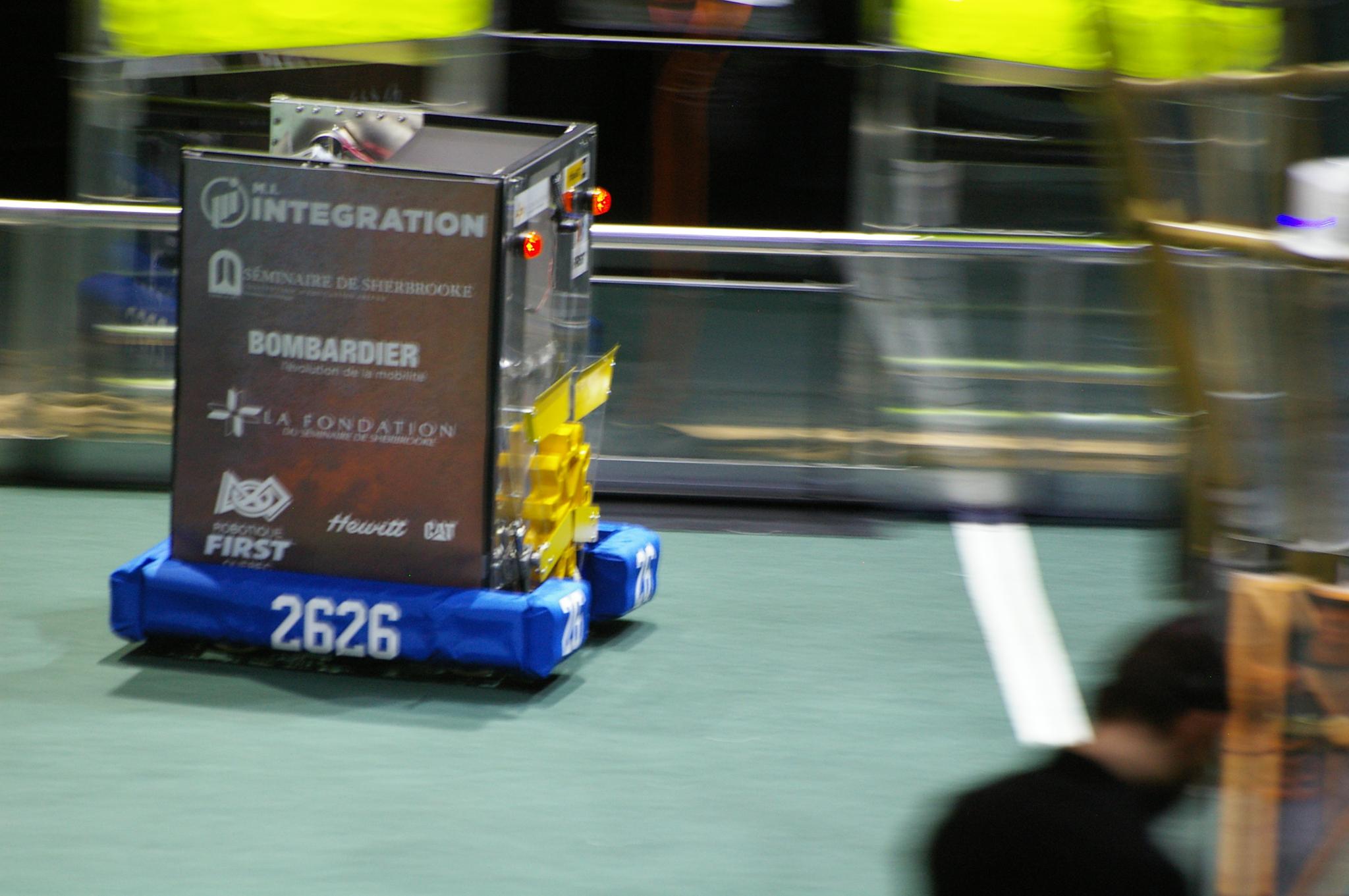 This year's challenge is FIRST Steamworks. The game objective is to collect and place gears on to an airship and fill up boilers with fuel (wiffleballs). At the end of the game, robots must climb up the airship for bonus points. For a more detailed description, see the official video reveal.

Though the initial goal was to build a robot that could collect gears from the ground and score balls, a mid-season strategical change of heart recognized the futility of scoring pressure if not extremely effective. The focus then turned to scoring gears, playing defence and climbing the airship.

The robot ran on a standard 6 wheel tank drive. The gears were collected through the human player feeders thanks to a pneumatically-operated V-shape holder. The flaps of the holder would release to let a gear be placed on the peg, but they needed to be in position to ensure that the gear would not wiggle out. The climbing mechanism, placed on the top of the robot, was angled and required a custom velcro rope instead of the convential rope.

The robot's 15-second autonomous mode saw it place one gear, on the central peg, at best, or at worse, advance to the baseline. Attempts to have an autonomous mode for one of the side pegs ultimately went untested in competition.

The 2017 season was Evolution's 10th anniversary, though unfortunately the results on the field meant we missed out on alliance selection for the first time in several years. A 25th place ranking after qualification was a slightly underwhelming score, but the ineffectiveness of our climber until the final day of qualifying meant that most teams scratched us off from their scouting lists. Nonetheless, we were extremely proud to see our climbing mechanism function after two anxious days of reparing and re-reparing. Lessons will be learnt for next year where hopefully a more effective build season will allow us more time to test such crucial mechanisms prior to the competition.

The bright spot on the season was our lead mentor, Frank Gauthier, being honoured with the 2017 Woodie Flowers' Finalist Award for the Montreal Regional. You can read the student essay submitted to the judges here.